Flights to Bali – Emirates Starting on 01 May 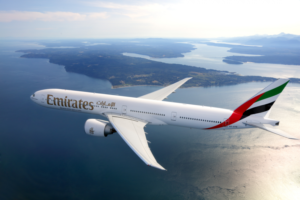 The State News Agency Antara, reports Emirates Airlines will commence five flights per week from Dubai to Bali effective 01 May 2022, increasing to daily flights on 01 July 2022. The flights will be flown by a two-class Boeing 777-300ER aircraft.

The Emirate Airline flight will depart from Dubai at 9:10 am local time arriving in Bali at 10:20 pm local time in Bali. The return flight to Dubai leaves Bali at five minutes past midnight, landing in Dubai at 5:10 am local time. Flights to Bali

The State News Agency Antara, reports Emirates Airlines will commence five flights per week from Dubai to Bali effective 01 May 2022, increasing to daily flights on 01 July 2022. The flights will be flown by a two-class Boeing 777-300ER aircraft.

At the meeting, Governor Koster expressed his appreciation for those who assisted Bali in arriving at the fourth year of the current five-year plan (2018-2023). Quoted by Beritabali.com, Governor Koster said most of his administration’s programs have operated smoothly despite the COVID-19 pandemic that has afflicted Bali and the rest of the world.

Governor Koster announced to loud applause: “Thank goodness and rejoice that we were able to carry out the development of Bali in a planned corridor. Likewise, the COVID-19 pandemic in Bali is being handled properly due to the hard work and the synergy achieved with the Bali Provincial government, the Kodam IX/Udyana Military Command, the Bali Police, Bali High Court, Regencies, Municipal Government of Denpasar, Traditional Village Councils, the Bali-Hindu Council, traditional villages, and other components of island society.” Flights to Bali

The Governor said that efforts to transform Bali’s structure and fundamental economy yielded results. He also thanked Joko Widodo, the President of the Republic, and the Minister for National Planning (Bappenas), who have embraced Koster’s concept of transforming the Balinese economy. The Governor’s presented his economic outlook on 03 December 2021 in a public presentation entitled “The Roadmap of a Kerthi Bali Economy towards a New Era for Bali that is Green, Resilient, and Prosperous.”

The underlying concept of the “Kerthi Bali Economy,” as explained by Koster, is for Bali to become economically independent, building on six leading pillars, namely:

By promoting these six sectors, the “Kerthi Bali” Economy will result in an island economy harmonious with nature, reliant on local resources, honors local wisdom, is green and environmentally friendly, quality-oriented, and adds value resilience, competitiveness, and is sustainable. Flights to Bali

For future development in 2023 and beyond, the Governor explained that the funding for provincial development must come from the regional and national budgets.

Koster is recommending a list of 10 priority and strategic infrastructure projects that the national government should fund: 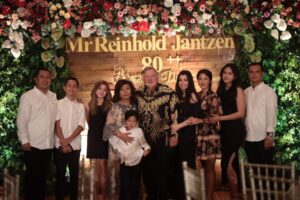 Born on 31 March 1940 in Hamburg, Germany, Reinhold Jantzen celebrated his 82nd birthday in grand style on Thursday, 31 March 2022, in the Wantilan Ballroom of the Hyatt Regency in Sanur Bali. Some 200 friends and family gathered that evening to celebrate the life of one of Bali’s most remarkable adopted sons.

There is much to celebrate in the more than eight decades of life and continuing journey of a man who has worked internationally, overcome setbacks and personal tragedy, created a thriving business empire, and is now in his autumn days surrounded by a circle of loving family and adoring friends.

Reinhold Jantzen’s journey to Bali took a somewhat circuitous route, performing fishery consultancies in Iran (then Persia), Sri Lanka, and Central Java before finally settling in Bali. The ebbs and flow of life and the romantic stirrings of a young man’s heart led Reinhold to marry Endang Suciati, a beautiful and resilient woman from Surakarta, Central Java. Flights to Bali

The couple and their young family initially lived an almost hand-to-mouth existence from a small business of smoking fish in his garage and delivering their product by motorcycle to leading hotels in Bali. A short time later, Reinhold and Endang took the first steps to open Mama’s German Restaurant in Kuta while creating a meat processing company. In the intervening years, that company has become PT Soejasch Bali – Indonesia’s leading meat and food processing company with a nationwide network of offices in Jakarta, Surabaya, Bandung, Yogyakarta, and Bali that employs hundreds of employees working from state-of-the-art facilities. Related companies have also been established in food processing and food and beverage distribution.

In 1986, while busily growing what was to become a successful corporation from its Bali base, Reinhold Jantzen accepted an invitation to serve his homeland by becoming the Honorary Consul for the German Republic. At the time of his appointment, he was the youngest person ever appointed to such an important role. Serving for 27 years with pride and distinction, Reinhold worked tirelessly assisting German citizens visiting and living in Indonesia while hosting and welcoming German leaders on business and professional visits to Indonesia. Flights to Bali

Extensive contacts among the Island’s provincial leaders and the trust he enjoyed as “Bonn’s man in Bali” proved invaluable as Reinhold navigated major Indonesian economic and political upheavals. Over three decades of diplomatic service, Reinhold welcomed the high and mighty of German political leadership to Bali, including two German Chancellors and at least two German Presidents. 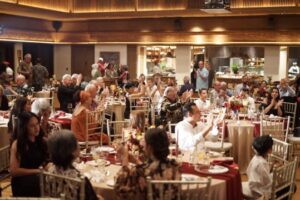 The Consul’s role in Bali also offered many challenges spanning a period of unprecedented political and economic upheaval in the late 1990s and the two Bali bombings of 2002 and 2005. Much praised for his calmness under pressure and knowledge of the “ins and outs” of the Indonesian bureaucracy, Reinhold Jantzen was twice honored by two German Presidents with the Federal Cross of Merit with Ribbon (1996) and a further Federal Cross of Merit 1st Class (2003).

Service to the community has become a family tradition for the Jantzen clan. When Reinhold’s tenure as Honorary Consul came to an in 2013, his youngest son, Robert, stepped into the role of representing Germany’s interests in Bali. Displaying the same skill and aplomb as his Father, on Friday, 19 November 2021, Robert was awarded the prestigious Cross of Merit (Verdienstreuz am Bande) by the German Ambassador to Indonesia H.E. Ina Lapel.

Bali Flights – We Went to a Marvelous Party 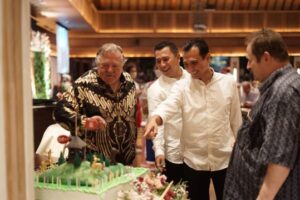 The 82nd birthday party held at The Hyatt Regency was a lavish affair, resplendent with outstanding wines and fine meats purveyed by PT Soejasch Bali.

During the course of the evening, a moving opening tribute and invocation were offered by Bishop Em. Dr. Ketut Waspada of the Sinode GKPB – The Protestant Church in Bali. However, the highlight of the evening was the heartfelt comments of affection and thanksgiving shared by Honorary Consul (retired) Reinhold delivered with his beloved wife, Endang Jantzen, on his arm.

Three generations of the Jantzen family were on hand to celebrate the evening, led by the current German Honorary Consul Robert Jantzen and Tania’s, his wife. Robert and Tania were accompanied by their children: Nana Kayana, Ashania Moira, and Jadrian.

Daughter Nicole Jantzen flew in from Australia, where she is attending university, to be on hand for the special night. Flights to Bali

In fact, Reinhold Jantzen freeing admits that one of his greatest joys is how his children and their spouses almost universally now fill key roles in “the family business.”

In lieu of gifts and flowers, well-wishers attending the birthday party were urged to make a donation in Reinhold’s name to Rotary Club Bali Nusa Dua. Over the course of the night, a substantial sum sufficient to pay the entire cost of five cleft-palate cranial-facial surgeries was donated to the Club. 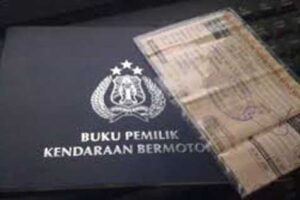 To aid the islands residents to regain their financial footing, the Provincial administration has announced the elimination of fines for those in arrears in paying their road taxes for a limited time only.

RadarBali.com reports that the Governor has published Regulation No. 14 of 2022 on Administrative sanctions in interest and fines for vehicle taxes to take effect on 04 April 2022.

Provincial Secretary Dewa Made Indra, accompanied by the Provincial Revenue Officer I Made Santha, are now socializing the Gubernatorial regulation commencing with a press gathering held at Provincial Government Offices. Bali Flights

Indra reported that from January 2021 until February 2022, the province estimated 449,249 vehicles were arrears to a total amount of Rp. 223 billion.

Under the regulation published by the Governor, vehicle owners only need to pay the applicable road tax, free of the obligation to pay any interest and fines.

Indra said the Governor’s regulation easing fines and interest payment for vehicle tax was made out of empathy by the Provincial leader to ease the burden on the people.

Adding: “We are aware that the people who have not paid their vehicle tax was not due to a lack of awareness of their tax obligations, but because of the economic situation which has yet to recover. At the start of 2021, contractions in Bali’s economy are still occurring but less severe than in 2020. The economy remains negative, and I hope that in 2022 the economy will grow and return to positive territory.”

Indra said the “amnesty” of unpaid fines and interest for road tax would also assist the government in repairing its database for the actual number of vehicles operating on the island of Bali. Hopefully, the amnesty will disclose how many vehicles are still operating and how many are now abandoned and unused.

The province calculates that road taxes paid in February 2022 declined 26.36% compared to the same month in 2021. Bali Flights

The amnesty period for exemption from paying interests and fines is available for motorists who pay any outstanding road tax from 04 April until 31 August 2022. 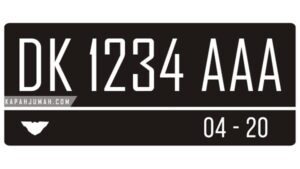 Looking for a beautiful Villa to rent at Bali’s North Coast? 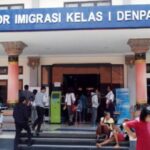 Visa on Arrival for Bali – Increase branded as ‘HOAX’