Travelers will still need to quarantine upon arrival.

The Southeast Asian beach destination of Bali will once again welcome paradise-seeking travelers soon with COVID-19 protocol in place.

Starting Feb. 4, Bali will allow international travelers to visit, Reuters reported, but will still require vaccinated visitors to quarantine for five to seven days. Currently, U.S. citizens are only allowed to enter Indonesia if they hold a valid residence permit or specific visa, according to the U.S. Embassy & Consulates in Indonesia.

The plans come after Bali officially opened to visitors from several countries in mid-October, including China, New Zealand, and Japan, but direct flights have remained scarce. On Friday, Singapore Airlines said it would resume flights to Bali from Singapore on Feb. 16, Reuters noted.

Bali reopening 2022 – It also follows the decision to welcome travelers from Singapore to fellow Indonesian islands Batam and Bintan, the wire service reported.

The wider opening will likely be a boom to Bali’s tourism industry. In 2019, the destination welcomed 6.2 million foreign travelers, Reuters reported, accounting for more than half of its economy.

Bali initially planned to reopen to foreign visitors in the summer of 2021, but was forced to delay its plans due to a rise in COVID-19 cases. Currently, Indonesia is seeing a spike in new cases, recording more than 8,000 on Jan. 27, according to the World Health Organization. Health authorities are attributing the increase to the omicron variant, Reuters noted.

When travelers do finally return to Bali, they will be greeted by breathtaking hotels hugged by unspoiled rainforests and featuring gorgeous pools and high-end design, as well as luxurious high tea services, and the chance to soak in a hot spring surrounded by lush gardens.

While there’s never a bad time to visit Bali, travelers looking to avoid the rainy season (November to March) and get in some quality beach time should plan a trip from May to September. The holiday island of Bali will gradually open for all international travelers starting from Feb. 4, a senior minister said on Monday.

Coordinating Minister for Maritime Affairs and Investment Minister Luhut Pandjaitan also told a news conference that the period of time for coronavirus quarantine for fully vaccinated travelers into Indonesia had been shortened from seven to five days.

In October, the government announced that Bali, which has seen its tourist sector hit hard by the pandemic, would reopen for certain international arrivals.

At that time, foreign nationals wishing to enter Bali will be required to show proof of hotel room reservation for the mandatory eight-day quarantine at their own expense.

The tourist island closed its doors to international visitors in April 2020 and plans for reopening for foreign arrivals had been postponed several times due to case resurgences.

The latest decision comes despite a steady rise in Indonesia’s COVID-19 cases this month, despite having brought outbreaks under control in the second half of last year. Health authorities have attributed the increase to Omicron.

This article was published in The Jakarta Post with the title “Bali to open for all international travellers: Luhut”.

Bali reopening 2022 – Six weeks after reopening, Bali wonders where the tourists are

Indonesian island’s unique culture and natural beauty not enough to overcome stress and worry of travel during COVID.

Pererenan, Bali – Before the pandemic, Dicky, who like many Indonesians goes by only one name, earned up to $20 a day hawking shell craft jewellery to tourists on the crowded beaches of Bali’s southwest coast.

But nearly two months after Indonesia reopened its doors to visitors from China and 18 other countries, the international tourists Dicky once relied upon for sales are still few and far between.

“I came here at eight in the morning and have been walking up and down the beach all day. I try, try and try but I have not sold a single piece all day,” he told Al Jazeera as a blindingly beautiful blood-red sun set over the Indian Ocean at Pererenan Beach last weekend. “I don’t understand why more tourists aren’t coming now that Bali reopening 2022 is open again.”

Bali reopening 2022 – Dicky is not the only person on the island perplexed about the fact that not a single international flight has landed in Bali since the international airport reopened on October 14. The island’s COVID-19 metrics – just about the lowest recorded since the start of the pandemic – only add to the conundrum.

According to Indonesia’s National Board for Disaster Management, the seven-day average for new positive cases in Bali now stands at 11, the seven-day average for deaths is just one while the seven-day positivity rate for individuals tested is 0.17 percent – well below WHO’s minimum threshold of 1 percent for territories it classifies as having the virus under control. Vaccine numbers are also well above the world average of 42.7 percent, with more than 77 percent of all adults fully vaccinated in Bali, according to Indonesia’s Ministry of Health.

Bali reopening 2022 – But six weeks after the country reopened, only 153 people around the world had applied for tourist visas, according to Indonesia’s Directorate General of Immigration.

The low level of interest reflects a survey by the International Air Transport Association that showed 84 percent of people have no interest in holidaying at destinations that require quarantine, and Indonesia imposes a mandatory hotel quarantine that was recently extended in response to the Omicron variant.

“Even with a short quarantine, no one will come to Bali,” said Udayana University Professor I Gusti Ngurah Mahardika, the island’s most senior virologist.

Bali reopening 2022 – Thailand has reintroduced free visas-on-arrivals for tourists, but those who want to visit Indonesia must apply for visas at foreign embassies or consulates and need a travel agency to act as guarantor. And they must show proof of booked accommodation for the entire length of their stay in Indonesia – a surefire way to quench the wanderlust of any intrepid traveler.

“There is no clear statement from the government of what it is trying to achieve, a process for getting there, or simple guidelines for would-be tourists,” wrote Bali-based statistician Jackie Pomeroy on her poreopening balipular ‘Bali Covid-19 Update’ Facebook page.

And in a blow to the domestic tourism sector that saw up to 20,000 Indonesians fly to the island daily in November, restrictions have been reintroduced for the period of December 24 to January 2.

Beach clubs, restaurants and nightclubs cannot host Christmas events or celebrate New Year’s Eve, while voices on social media fear all leisure travel in Indonesia will be banned during the peak holiday period. A little less than a month ago, Professor Gusti advised Indonesia to drop quarantine altogether for fully vaccinated international travelers who test negative before departure and on arrival. But that was before the WHO identified Omicron as a variant of concern, tossing a radioactive wrench into the long-awaited reboot of the global travel industry.

On November 28, Indonesia, echoing measures by the United Kingdom, Australia and the United States, banned non-resident arrivals from South Africa or any of eight other African countries. It also banned travelers from Hong Kong, which has reported its fourth case of the Omicron variant. Yet it did not ban travelers from the UK, where 246 cases of the variant had been reported as of Sunday – the kind of knee-jerk policy UN Secretary-General Antonio Guterres has described as “travel apartheid”.

Bali reopening 2022 – Indonesia also extended quarantine for arrivals from all other countries from three to seven days. Less than a week later, it was extended again, this time to 10, the longest quarantine period Indonesia has seen since the start of the pandemic. The strict new rule forced Garuda, the country’s national air carrier, to axe its first planned international flight to Bali in 20 months from Haneda Airport in Japan on December 5. Subsequent weekly flights have also been removed from the airline’s website.

The developments have put a dampener on Bali’s hopes of reviving tourism this year, which accounted for an estimated 60 percent of economic activity before the pandemic. The island’s gross domestic product (GDP) shrunk by just less than three percent in the third quarter, having contracted nearly 10 percent in 2020.

Bali reopening 2022 – Indonesia’s national GDP increased 3.5 percent in the same period, making Bali the hardest-hit Indonesian province by the pandemic from an economic perspective for two years in a row.

The global tourism monster that once fed Bali will probably not rebound to 2019 levels until 2024, according to management consulting firm McKinsey & Company that made the prediction in June based on various scenarios that examined the effect of virus containment.

“History has shown that Bali is very resilient to disaster but the island will take another year or two to recover,” said Mark Ching, a director of the Tamora Group, a prominent property developer on the island. “It’s not just opening borders. People need to feel safe before they travel again.”

This article was published at AlJazeera 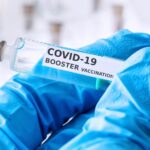 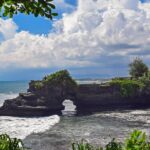